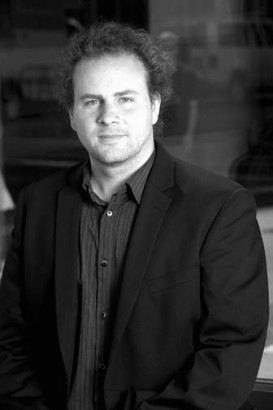 poznámka:
NK ne 2022/07
Mitchell Joachim, [jo-ak-um] - is a leader in ecological design and urbanism. He is a Co-Founder at Terreform ONE and Terrefuge. He earned a Ph.D. at Massachusetts Institute of Technology, MAUD Harvard University, M.Arch. Columbia University, and BPS SUNY at Buffalo with Honors. Mitchell is an Associate Professor at NYU and previously was the Frank Gehry Chair at University of Toronto. Earlier, he was faculty at Columbia, Syracuse, Washington, and Parsons. He was formerly an architect at Gehry Partners, and Pei Cobb Freed. He has been awarded fellowships at TED2010, Moshe Safdie Assoc., and Martin Society for Sustainability at MIT. He won the History Channel and Infiniti Excellence Award for City of the Future, and Time Magazine Best Invention of 2007, Compacted Car w/ MIT Smart Cities. His project, Fab Tree Hab, has been exhibited at MoMA and widely published. He was chosen by Wired magazine for "The 2008 Smart List: 15 People the Next President Should Listen To". Rolling Stone magazine honored Mitchell in "The 100 People Who Are Changing America". In 2009 he was interviewed on the Colbert Report. Popular Science magazine has featured his work as a visionary for “The Future of the Environment” in 2010.