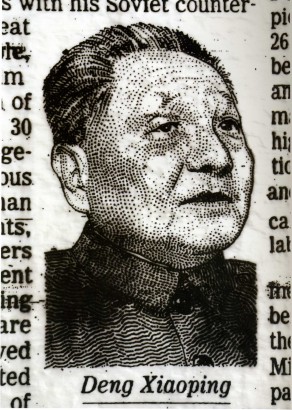 poznámka:
was a prominent Chinese revolutionary, politician, pragmatist and reformer, as well as the late leader of the Communist Party of China (CPC). Deng never held office as the head of state or the head of government, but served as the de facto leader of the People's Republic of China from 1978 to the early 1990s