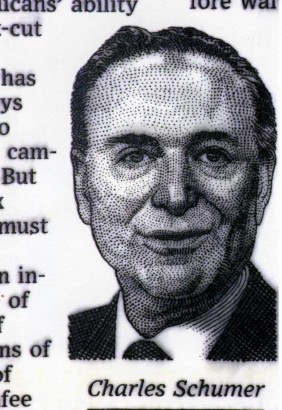 poznámka:
is the senior U.S. Senator from the State of New York, serving since 1999. A liberal Democrat, in 2005, he became chairman of the Democratic Senatorial Campaign Committee. In November 2006, he was elected to the new post of Vice Chairman of the Senate Democratic Caucus. In this position, he is the third-ranking Democrat in the Senate, behind Senate Majority Leader Harry Reid and Senate Majority Whip Dick Durbin