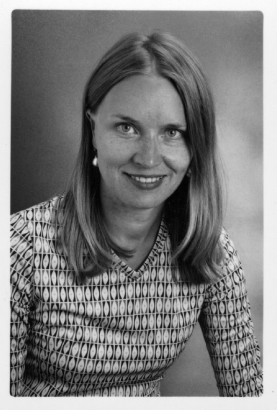 
Christa Sommerer and Laurent Mignonneau are internationally renowned media artists working in the field of interactive computer installation. They are Professors at the University of Art and Design in Linz Austria where they head the Department for Interface Culture at the Institute for Media. Sommerer and Mignonneau previously held positions as Professors at the IAMAS International Academy of Media Arts and Sciences in Gifu, Japan and as Researchers and Artistic Directors at the ATR Media Integration and Communications Research Lab in Kyoto Japan. They also were Visiting Researchers at the MIT CAVS in Cambridge US, the Beckmann Institute in Champaign Urbana, IL, USA and the NTT-InterCommunication Center in Tokyo.

Sommerer originally studied biology (botany) at the University of Vienna and modern sculpture and art education at the Academy of Fine Arts in Vienna (masters degree) .

Mignonneau studied modern Art and Video Art at the “Ecole des Beaux Arts” in Angouleme, France where he received his masters degree.

Sommerer and Mignonneau completed their PhD degrees from CAiiA-STAR, University of Wales College of Art, Newport, UK and the University of Kobe Japan, respectively.

These works have been shown in around 150 exhibitions world-wide and are permanently installed in media museums and media collections around the world, including the Media Museum of the ZKM in Karlsruhe, Germany, the NTT-ICC InterCommunication Center in Tokyo, the Cartier Foundation in Paris, the Millennium Dome in London, the Tokyo Metropolitan Museum of Photography in Japan, the AEC Ars Electronica Center in Linz, Austria, the NTT Plan-Net in Nagoya, Japan, Shiroishi Multimedia Art Center in Shiroishi, Japan and the HOUSE-OF-SHISEIDO in Tokyo.

Sommerer and Mignonneau have published numerous research papers on Artificial Life, interactivity and interface design and they lectured extensively at universities, international conferences, and symposia.

Sommerer is an International Co-editor for the LEONARDO Journal, MIT Press and in 1998, together with Laurent Mignonneau, she edited a book on the collaboration of art and science called "Art@Science," published by Springer Verlag Vienna/New York (ISBN 3-211-82953-9).